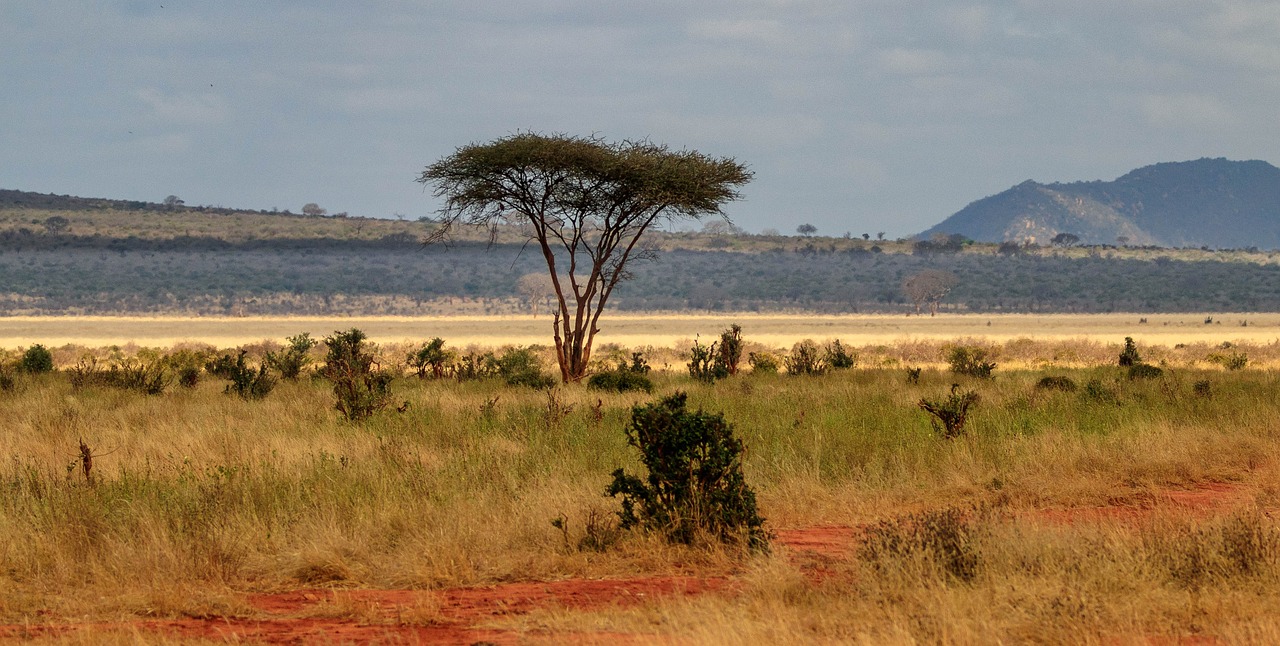 Tsavo is made up of two separate parks, Tsavo East National Park and Tsavo West National Park. Located in Coast Province of Kenya in between Nairobi City and Mombasa.

Tsavo is nearly 22,000km2, being the largest national park in Kenya and one of the largest in the world. The park was split into two due to the railway going from Mombasa to the interior of Kenya.

Tsavo East National Park is one of the oldest parks in Kenya, located South East of Kenya near the Town of Voi in the Taita-Taveta District of Coast Province, inland from the Coast, it is 13,747 sq.km.
While the Tsavo West National Park is also located in the Coast Province of Kenya covering an area of 9,065 sq.km. The park was opened in April 1948.

The slightly larger Tsavo East is generally flat, with dry plains across which the Galana River flows. Other features include the Yatta Plateau and Lugard Falls.

Tsavo West National Park is more mountainous and wetter than its counterpart, with swamps, Lake Jipe and the Mzima Springs. It is known for bird life and for its large mammal’s e.g. black rhino, Cape buffalo, elephant, leopard, hippo and Masai lion. There are also other smaller animals that can be spotted in the park, such as the bush baby, hartebeest, lesser kudu and Maasai giraffe.